The entire length of the canal is just over 50 miles, stretching from the Atlantic Ocean, at Limon Bay, to the Pacific Ocean, at the Gulf of Panama. It has undergone expansion since Halliburton’s time due to the increased size and carrying capacity of cargo ships in the year’s since the 1930s. See a map of the Panama Canal at Wikipedia. 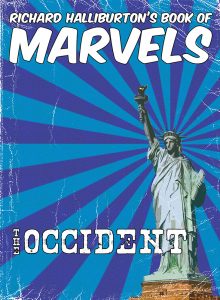